When you dream,
what do you dream about?
Are they color or black and white,
Yiddish or English
or languages not yet conceived?
Are they silent or boisterous?
Do you hear noises just
loud enough to be perceived?

I dream of film-making conventions…

I was working at a film-makers convention and MarieAstra was my boss. She even had a snazzy pin-stripped pants suit  to prove it.  The gods were smiling down on us that day, because we were responsible for escorting Richard.
The dream opened with us on our way to a specific location within the convention building. There were partitions set up and displays of equipment and whatnot all over the place. Richard kept getting distracted, stopping to look at things, like it was a museum.
He would remark how genius something was and I would just smile and politely nod my head; I was walking next to Richard FREAKING Armitage and I was at a loss for words.

At one point we walked through a section that had homemade posters on the wall that high school kids had made depicting old movies. I wanted to say something about how refreshing it is to see that kids these days are still familiar with the classics, but that sounded stupid in my head: like we’re old and grey, talking about those young whippersnappers! Ugh.
Marie was ahead of us but finally came back to see why we were such slow pokes. While Richard was admiring something, she whispered to me and asked how I was doing. I said fine, if “fine” meant not being able to speak and just laughing at everything that he said like a schoolgirl. we reached our destination, so I said good-bye to Richard for the time being, while he did whatever it was that he was supposed to be doing (sign autographs? I have no idea), until I came back later to escort him again.
I’m not sure what I was supposed to be doing
but I stopped by a Lord of the Rings booth to look around.
I knew it would be way too expensive but I wanted to look anyway. I got all disgusted that half of the merchandise wasn’t even official, just random wizards and dragons. Don’t advertise that you’re a Lord of the Rings seller when you’re not!
So now it was time to go back and get Richard. He had free time after engagements so we were wandering around. Thankfully I had gotten my voice back and we were chatting away with no problem. Suddenly he spotted Orlando Bloom (who looked more like “Jay” from Jay and Silent Bob, than Orlando) at one of the booths and became quite animated.
They had a secret game of tag going on, so he didn’t want Orlando to spot him. This is when Richard put his arm around me and pretended that we were a couple to keep Orlando from noticing him. OH! I liked this game!!
Orlando did spot us though and was trying to make his way towards us, so Richard ushered us further into the crowd. We accidentally knocked over a display of Saltine crackers (why were they selling crackers at a film convention?) because we had an unspoken agreement not to let go of one another, even though it wasn’t necessary anymore. We were both a bit giddy at this point and I started singing a song about tiptoeing through the crackers, totally off key.
Were we drunk?
Or just high on life?

We continued to wander around the convention, which seemed like a big maze, enjoying all it had to offer; while also keeping an eye out for Orlando, who would pop up every so often and spot us again. The day was winding down and we found ourselves in a little out of the way booth, looking at head-mounted cameras. I was trying the different ones on, in a serious manner, giving the pros and cons of each. When I looked up, Richard had the sweetest softest smile on his face. I gave him one in return and then we slowly…
WARNING: Husband, if you’re reading this 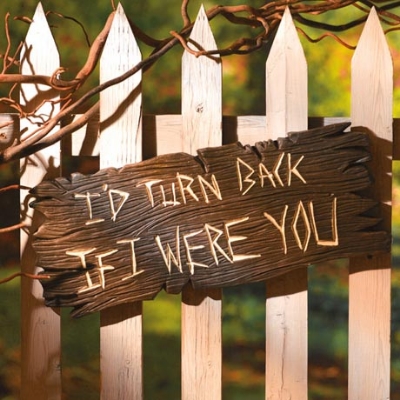 …moved towards each other
for a kiss.

He had one hand holding the back of my head
while the other was on my waist
*Le sigh*
THE END.

13 thoughts on “When You Dream”