Skip to primary content
I probably should have done a looking back post on my blog’s one year anniversary instead of now, but I don’t like to be pressured into doing things at certain times. I often do a faux Lent after Easter, I get lovey a few days before Valentine’s Day, I get fat in the summer and skinny in the winter. Lately I’ve been thinking about my experiences since I’ve started this Armitage journey, so I’ve decided to share some of those thoughts now. Here is what I’ve learned:

Once upon a time…I started a blog. it was unnerving yet exhilarating at the same time. the tagline of the blog was wandering through the Richard Armitage Fandom because I intended to write about the path I had been following as I discovered Richard’s work and things relating to it.

In the beginning (no pun intended) I would often mention how I had experience in another fandom prior to this one so I would most likely be bypassing the growing pains that most newcomers go through and be able to jump right in with abandon instead. pompous, much? that’s like saying I wouldn’t need a map of New York City because I had visited Washington D.C. 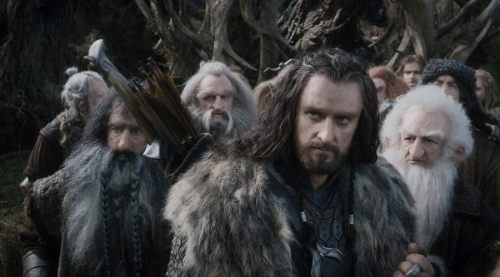 I may have experienced a similar community but it wasn’t this community. I mostly stayed on the outskirts previously, too shy to assert myself, mostly contributing behind the scenes. This time things were different, because I was different. I didn’t want to sit back and watch, I wanted to engage. This time I didn’t want to hide in conformity, I wanted to explore my creative side openly. I chose to take a lighthearted approach, showing the ways that the RA characters resembled me in my every day life and the lives of my readers (readers plural. I was aiming high!) I didn’t expect the community celebrating Richard and his work, to be such a living breathing thing.

When fans interact online, we bring ourselves to the table, whether we intend to or not. all of our fears, our baggage, our light and our dark. conversing with different kinds of people, from different walks of life, has bettered me in numerous ways. it’s enriched my understanding of many things and added greatly to the hues that color my world. but what I’ve learned the most is about me. my need to be heard, my need to be unique, my need to let go while still remaining in control. controlling how I appear to others, what behaviors I find acceptable, what my principals really are. I’m an idealist, you see, I make things so much more difficult than they have to be! rather quickly I found myself getting side-tracked and pulled into the politics of Fandom. this was supposed to be an escape, it was supposed to be fun! So I tried to remove myself from the heart of the action, bury the grievances and just do my own thing. It doesn’t really work that way, though.

In the end, I realized that the only thing I had control over was me: my words, my actions. I can’t control what others think of me, what they think of each other, what they think of Richard. Fandom isn’t an abstract thing, it’s made up of real people. each of us are fandom, individually and collectively. Yes, I got burned a few times along the way, some deserved and some not; that pesky human nature thing. so nowadays I seek out the positive, the thought provoking, the people and things that make me feel good. It still hurts when I see others being mean to each another. I have a soft heart, but that’s okay. I can acknowledge that part of me now, work with it and be proud of it; instead of trying to hide it and harden it like before.

I still enjoy interacting on this blog as I continue to discover projects of Richard’s that I haven’t seen yet, and ones that I keep revisiting. recognizing things in myself through the characters he portrays, for better or for worse. and having fun, that’s the important part. it’s an escape, yes, but it also renews and recharges me. next year hopefully I’ll have learned some new things, maybe I’ll have had to relearn others. I’ve felt more in the past year than I have in a long time. Mr. Thornton wouldn’t be quite the same  man we grew to love if Margaret had accepted his proposal straight away, he was better for it, just as I am better for it.

I look forward to much more good from here on out. I’m sure there will be some bad in there too; there will always be lessons to be learned. when we stop learning, we stop living. If Richard continues to be the teacher, I’ll welcome whatever it is I have yet to learn…even if it’s math!